The difference between digitizing and digitalizing

We speak to various oil and gas land departments regarding their plans (or lack thereof) for integrating technology into their processes. During these conversations 90-day plans are reviewed, we are placed on a list of software to evaluate and then a pilot is started. What we’ve noticed is that the successful and agile companies have a clear understanding of their evaluation process and a comprehensive strategy for executing. These companies recognize the subtle differences in how they approach change management. Conversely, we see companies on the other side of the spectrum who end up stuck in "analysis paralysis." They complicate the process of change and action stalls. The difference between adhering to the status quo and innovating through the implementation cutting-edge technology is a clear and focused plan.

Digitization: All About The Data

“Digitization is the conversion of text, pictures, or sound into a digital form that can be processed by a computer.”

Digitizing produces a copy or digital representation of something physical. Most often when an organization is digitizing, they are scanning paper files to store and use electronically. An illustration of this is how courthousedirect.com scans courthouse documents, making them searchable and useable in digital form. Digitization paves the path to automating tasks that previously had to be performed manually.

Digitalization: All About The Process

Digitalization, in practice, is the application of digitized data to produce new products, new revenue streams and new workflows within an organization. Digitalization is about leveraging digitized data to improve the way departments operate. Digitizing enables digitalization, yet digitizing is of minimal value without digitalizing workflows. Example: digitized courthouse documents present little advantage if landmen still drive to a physical county courthouse to look up information. The purpose of digitalization is to squeeze the value from digitization. Another example of digitalization in action is taking digitized documents and loading them into a title file inside of Tracts Title Management Software so that everyone shares and works with the same data simultaneously.

Digital Transformation: All About The Leadership

Digital transformation is changing the company culture as a whole to create an environment where using digitization and digitalization are embraced. A company that doesn't embrace a concerted effort from the C-suite down will continue to miss out on the advantages of cloud storage, computer learning and SaaS innovations. Connecting multiple systems that allow data to be immediately reflected throughout the organization eliminates duplication and inaccuracies.

A company that places importance on building a digital business will have reliable data and make quicker decisions than competitors who resist technology completely or fail at transforming due to a fragmented approach. According To IDC Technologies at least 55% of organizations will be “digitally determined” by 2020. In order to transform, companies must reboot the company culture, follow a company-wide roadmap and view digital transformation as having inherent value in the organization instead of focusing on project by project ROI. Change of this scale needs sponsorship at the highest levels.

Learn more about how E&P companies and Mineral Buyers are using SAAS products like Tracts to fuel their own digital revolutions:

Write some Information about the author here. who ther are, what they do, add social links. 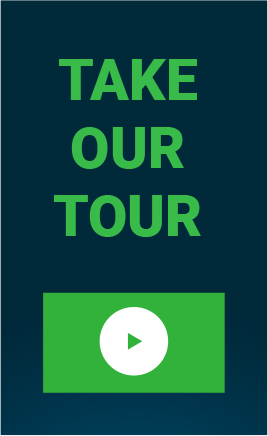